The independent State of Mauritius has been importing rice and flour during its more than 50 years of independence while colonized Rodrigues has been producing and consuming its own maize from times immemorial until the severe seventies droughts.

We still have our fertile land where we can cultivate sufficient maize for a safer consumption than imported rice for better health at lower costs. Same applies to cassava, sweet potatoes, arouille (Taro), songe and breadfruit which can be produced on large scale for local consumption for better health and savings on flour bread and diabetic prone sweet cakes.

Mauritius imports poor quality meat whereas Rodrigues produces its own first class meat for consumption and for export. We just have to stop exporting live animals and transform our livestock and poultry into value added products to raise income substantially, as is the case for porker products. In that respect the new abattoir building under construction at Baie Diamant offers much opportunities.

Mauritius imports almost all of the sea food it consumes whereas Rodrigues produces all of the fresh and quality sea food it consumes. We can still add value to our sea products for export with a view to increase income. We have our sea waters and sufficient labour to harvest by ourselves the Rs 10.5 billion tuna and other pellagics that Mauritius exploits from our EEZ every year. (The budget allocated to the RRA by Mauritius every year is around 1.3 to 1.5 billion only). We also have sufficient experts who are People of Rodriguan Origin in the Rodriguan Diaspora who, better than India, can assist us in the researches concerning the manganese nodules, gold and petrol present in our Economic Exclusive Zone.

Mauritius relies heavily on imported dholl and lentils whereas Rodrigues produces its own pulses like the famous beans, zanberik and peas. Sufficient land and labour are available to produce far more so as to reduce importations and/or do away with dholl and lentils.

Where autonomy can lead us is far more important than that mug of water that autonomy can afford to give us today !

Mauritius imports onions, garlic, turmeric and other spices. We produce all of these and can easily find and secure a market share to sell our spices there. Even our potatoes are as highly appreciated as our processed agri-foods and eucalyptus honey over there.

Mauritius imports all its citrus whereas we produce our own lemons and export the surplus which are not left over to rot under the trees. Imagine our yearly income and the number of jobs created with Rodrigues exporting one pot of sweet and sour lemon pickles once fortnightly for each of the 250 thousand households in Mauritius at the cost of only Rs75 each. I am not speaking of the hotels. Households only!

As regard tourism, the world over is desperately looking for tranquility and is ready to pay the eyes of the head for enjoyment of the pristineness of Rodrigues which cannot be compared to the so called « developed » Mauritius.

One will be tempted to submit that these are little things as compared to Mauritius’ sugar, textile and white sand. Consider that sugar as dead as salt without the preferential treatment granted by Europe. The unbeatable kings of textile are the Asians. And the kingdom of white sand is nearby Seychelles.

Rodrigues only needs a top up: the right to decide of its economic policies coupled with the right to negotiate its loans from international funding agencies. This done, Mauritius will be the first one to benefit from the economic success of the fastest growing island of the Indian Ocean.

In the wake of the 20th Anniversary of the Rodrigues autonomy time has become ripe for Mauritius to adopt the appropriate attitude towards Rodrigues, to stop patronising and to give due consideration to the aspirations and potential of Rodrigues and its People.

Introduce new items on the agenda and in future speeches. Why this silence on blue economy, gold, petrol and the other wealth contained in our EEZ? No place for colonialism from elsewhere, local sucky-sucky politics and worst, divide-and-rule policy. Will the new regional government having MIR as independence catalyst dare?

At reaching the age of 20, my wish is that we move on from repetitive and sterile rhetoric to work smarter on achievable objectives that would lead us to absolute autonomy.

One thought on “Rodrigues: From repetitive and sterile rhetoric to absolute autonomy !” 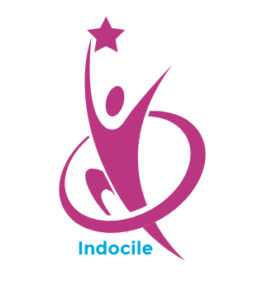